In recognition of the Battle of Vimy Ridge

This day in 1917 marked the beginning of the Battle of Vimy Ridge. On that day, four divisions of Canada’s corps began their attack on the German-held position on that ridge. This would mark the first time that the four divisions of the Canadian expeditionary force would fight together. Men from all parts of Canada came together to fight as a cohesive unit. Over these three days that the battle would last, they captured the German position, which the French and the British had previously failed to accomplish.

In recognition of International Day of Pink 2015

I rise today on behalf of the Yukon Liberal Party to also pay tribute to the International Day of Pink. 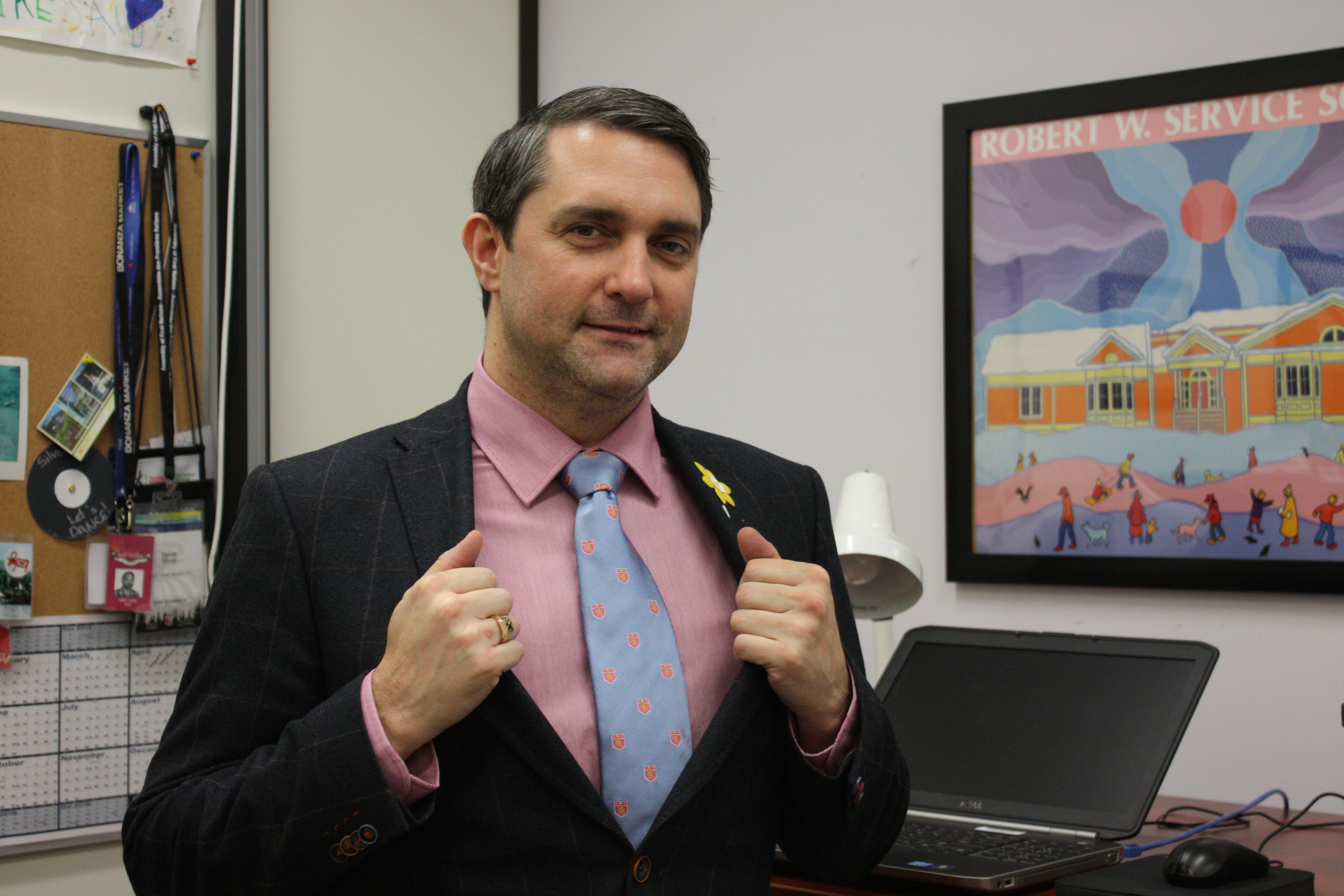 This year represents the 10th anniversary of the International Day of Pink, a day to celebrate our diversity and to push back against bullying.

The day’s origins go back to when two students in a Nova Scotia high school saw one of their peers being bullied in their high school and supported him by getting everyone at the school to wear pink. Today we all wear pink to show solidarity with those who are bullied or discriminated against.

It’s with great pleasure that I also rise on behalf of the Yukon Liberal Party to pay tribute to the 20th anniversary of recognized First Nation self-government in Yukon.

In recognition of the Yukon/Stikine Regional Science Fair

I rise today on behalf of the Yukon Liberal caucus to also pay tribute to the 2014 Yukon/Stikine Regional Science Fair.

The science fair provides students with opportunities for independent learning and to explore new interests and passions.

It teaches the value of innovation and technology, as well as the importance of exploring new ideas. This year, 68 science projects from students in grades 4 to 12 were selected to compete in the Yukon regional level. Projects from several schools, including Jack Hulland, Teslin School, Vanier Catholic Secondary, Whitehorse Elementary, Holy Family and Hidden Valley, as well as from the home educators, took part.

In recognition of Human Rights Day 2014

I also rise on behalf of the Liberal caucus to pay tribute to International Human Rights Day. As mentioned, the theme this year is “Human Rights 365,” encompassing the idea that Human Rights Day should be every day and not just once a year. The day marks the anniversary of theUniversal Declaration of Human Rights, signed on December 10, 1949. The day was proclaimed to bring attention to the Universal Declaration of Human Rights, setting the standard for what human rights should be in all countries. Unfortunately, globally, the fight for basic human rights still has a long way to go.

I also rise today on behalf of the Liberal caucus to acknowledge and pay tribute to the National Day of Remembrance and Action on Violence Against Women. Twenty-five years ago this Saturday, on December 6, 1989, a gunman entered a technical university in Montreal and proceeded to target 14 women and injured 10 others, including four men, before turning the gun on himself. He targeted these women because he ultimately believed that he had more right to an education than they did.

In recognition of the Yukon Pinoy Basketball League

I also rise on behalf of the Liberal Caucus to acknowledge and pay tribute to the Yukon Pinoy Basketball League.

Last night I did have the pleasure of refereeing at the game hosted by the Yukon Pinoy Basketball League between the Whitehorse select team and the Harlem Ambassadors, an event designed to promote clean and healthy living. “Drug-free with a college degree” was their shout out and it was very well received by local youth in attendance who took that very pledge.

In recognition of International Day of Persons with Disabilities

I rise today on behalf of the Liberal caucus to pay tribute to the International Day of Persons with Disabilities. December 3 of each year since 1992 has been marked as the United Nations International Day of Persons with Disabilities. It is expected — as the Minister of Health and Social Services pointed out — that 10 to 15 percent of the world’s population lives with some form of visible or invisible disability. In the world’s poorest countries, that number rises to 20 percent. Unfortunately, the cycle of poverty won’t be broken any time soon as the majority of children with disabilities in developing nations do not attend school.

In recognition of World AIDS Day 2014

I also rise today on behalf of the Liberal caucus to pay tribute to World AIDS Day.

December 1 marks World AIDS Day as an opportunity to acknowledge the epidemic that AIDS is, killing an estimated 1.5 million people per year. As of 2011, an estimated 71,300 Canadians were living with HIV infection. There is still stigma surrounding HIV, especially in small communities, and because of this, many in the territory choose to go to the bigger centres to be tested for HIV. This makes it extremely difficult for us to know how many Yukoners there are currently living with the virus.

In recognition of Sports Day in Canada

Sports Day in Canada is a national day to celebrate and recognize the important role that sports plays in our lifelong development. Events take place from coast to coast and showcase the value of sports, from the grassroots level all the way to professional. In the week leading up to November 29, there will be events held across the country, hosted by local organizations and schools, to help build momentum and encourage communities, including a number of local events here in Whitehorse.