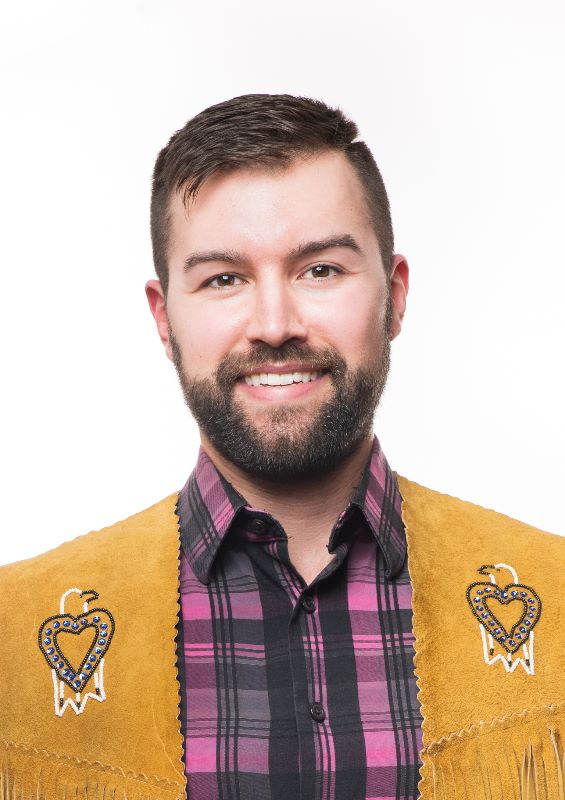 Luke Campbell was born in Whitehorse, Yukon and spent most of his childhood between Whitehorse and Shadhęl (Champagne). He is of Tłingit and European ancestry and is Wolf Clan.

Campbell graduated from F.H. Collins in Whitehorse and was inspired to travel after high school backpacking across Europe. After traveling he attended Yukon College in the General Studies Program and later went to Northern Alberta Institute of Technology in the Events Management Program. He went on to attend the University of Alberta for indigenous linguistics and is expecting to graduate from SFU/YNLC in 2021.

Campbell has previously worked for Champagne and Aishihik First Nation as the Elementary Education Support Worker in the schools in Whitehorse and Haines Junction. Campbell later moved to the position of Language Coordinator to preserve, revive, and enhance the Southern Tutchone Language.

Campbell has sat on the CAFN housing committee, the Yukon representative for the National Indigenous Youth Council on Sexual Health and HIV/AIDS. Campbell has also taught suicide intervention and prevention courses in Yukon and BC.

Campbell currently lives in Shadhęl (sunny mountain place)(Champagne). When he is not working and practicing his language, he enjoys teaching yoga and spending time in his greenhouse.